Here is a post about how science could be improved. To sum up: 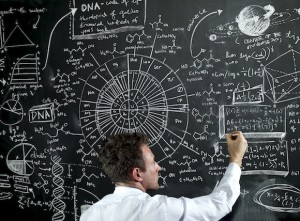 I like this. First of all, I agree that things need to change.

I am worried that it will never happen, though. Or, if it does it may be at the expense of junior research staff – Let’s say that someone is on a grant. The Principal Investigator (PI) for the grant got the money in and is employing them. If the researcher publishes their research and cites the PI as a co-author, what does that mean? Is it an honorific authorship or a ghost one? Even if the PI did nothing much to contribute to the article, should they be removed from the paper? If they did not secure the grant, there would be no salary for the researcher and the research would not happen. So, the PI is instrumental to the research in a very concrete way, even if the data collection, experimental design and write-up was not primarily (or not at all in some cases) done by the PI. I am not talking about myself, to be clear. I have absolutely nothing to complain about in this respect. Furthermore, if PI’s are removed from the publications that they enabled but did not invest much work in, that would mean that they would have to do much more research by themselves and not have much time to spend on preparing grants and thus there would be less opportunities for junior researchers to be employed. In the climate where it is hard to get a postdoc as it is, this is nothing to wish for. We know how these things work. As a junior researcher the options of securing grants on your own are fairly slim to non-existent as it is now. So, taking away the incentive to be employed by more senior researchers is not a brilliant move. Ah, I hear you say, you only need to be excellent and it all works out. Right? Well (a) at my place of work, everybody is excellent, otherwise we would not be here. So beating the internal selection process is a bitch and your work that receives worldwide recognition would not necessarily secure your future here. And (b) What good is your excellence if the only job you can hold is to be a nightwatchman at Tesco, because there are no grants available? That job does not offer many opportunities for you to showcase your research skills. Or leave you much time to practice them.In my opinion, the notion that doing research for research sake and not in order to keep holding a job or increasing your viability for grant success is very nice and something to strive for. In the current climate, I think that it is somewhat romantic, though. How do you get the grant giving bodies to stop assessing the grant proposals on the strength of publication counts and Impact Factor (IF)? What would a replacement metric be? How often you appear in the newspapers? We already know from some Dutch research that personal fame is a stronger indicator of getting funds than publication count. That is even worse than trying to estimate merit, even if the current measure is flawed. It just makes you more likely to media whore and also introduces large inequality across applicants. I have been solicited by the BBC a number of times to do stuff with them. And we do collaborate every once in a while. How likely do you think it is that I would have been contacted by the Beeb if I wasn’t working for Cambridge? So, those of us who are in some ways in a privileged position, would really have a leg up on those who do not get those opportunities based on location or (lack of) prestige of the institution.

So, what should we do? Things are broken now, but they function to a certain extent. From a purely economic perspective, we should think about incentives offered to Universities and their senior research staff. Only people who do not work in academia in 1st world countries make the mistake of thinking that University Teaching Officers (UTO) are doing their jobs out of love. Most of us like and enjoy our jobs, make no mistake, but the discrepancies between the industry and academia are already huge. My starting salary in the industry would be about 2-3 times higher than it is in academia. The job security is about the same in both places at least until you are an UTO. After, it is slightly harder to get fired from a University, but you can still manage it if you mess things up sufficiently. So telling senior researchers that their jobs will be less secure (as a consequence of lower performance ratings, which is a consequence of lesser ability to secure grants, which is a consequence of their names being dropped from the grant publications), but that is OK, because they should simply love science, would not be unopposed, in my opinion. Saying that something should be done and proposing these measures without wrapping them in a bullshit sandwich is not a good way to go. If something makes logical sense, it does not mean that it will be accepted. Perhaps this is what scientists should actually learn.

We'll do this later
View all posts by David Modic (admin) →
This entry was posted in education, ENG, work. Bookmark the permalink.